Walter Browne Gives Simultaneous In Memphis
(Location Raleigh Springs Mall)
On May 5, 1973 Grandmaster Walter Browne took on 27 players of the Memphis Chess Club and made the fantastic score of 26 wins and one loss.  The only Memphis player to win was Chris McDade.

Mr. Christopher McDade has given permission to publish his thoughts about the match with Grandmaster Walter Browne which are posted below:
(Click "Read more" below.)


Notes on my simultaneous exhibition win vs. GM Walter Browne:

I had been scheduled to work at my part-time job in a local drug store.
At the time, I felt that being able to play against a Grandmaster was a
somewhat unique opportunity. Despite my result, I no longer had a job.


Here is the score of my game: 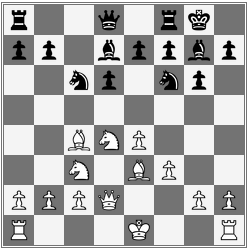 I had been studying the Sicilian Dragon at the time from Levy's book on the Dragon.
It's a very dynamic position, in which each side races to launch an attack on the opposite wing.

9. … Nc6 was probably not the best choice thematically, but Browne had not committed to a wing yet.

With, 10. O-O-O, the battle on each wing is set in motion.
I decided to take the Bishop off of the c1-h6 diagonal and launch my QS attack. 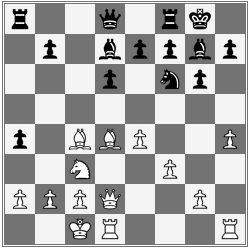 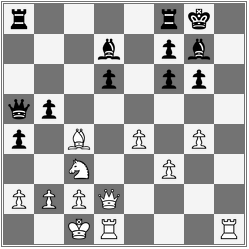 17. Qh2 Rfc8
After 17. Qh2, I wasn't too happy. However, I followed my plan and moved the
rook to c8. I didn't have much match experience at this time, so I thought continuing
my meager attack was the best course. 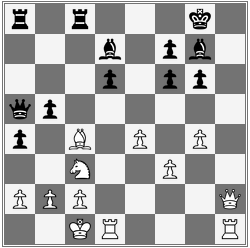 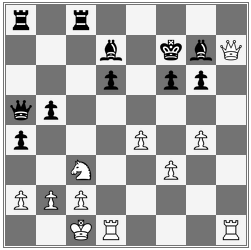 It may be argued that 19. Bxf7 was a critical error. 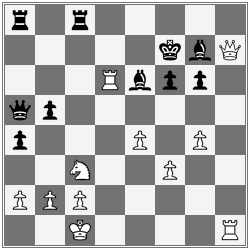 GM Browne was moving fairly quickly around the boards at this point. I deliberated
on Rc7, but I was perhaps unduly worried about Nd5. In retrospect, maybe I shouldn't have
been concerned too much, since I had a mate threat on Qe1, if the R vacated the rank.
For example, 20. .. Rc7 21. Nd5 Rh8

21. Nd5 Rh8
After this move, the roving kibitzers hovered over my game. They could tell that something
unusual was about to happen. Even with my limited experience, I could tell that I held some
advantage in this position. 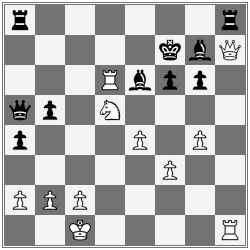 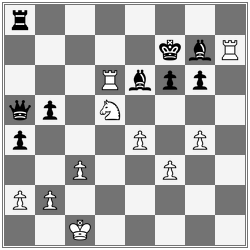 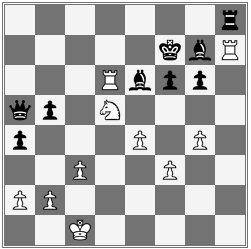 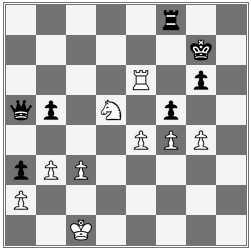 28. exf5 gxf5 29. g5 Qa8 30. c4 bxc4 31. bxc4 Qc8
Fortunately for me, my Queen has sufficient mobility to
force an exchange of rooks. After the exchange of rooks,
White really has little counterplay. 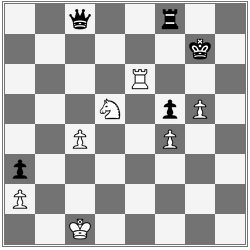 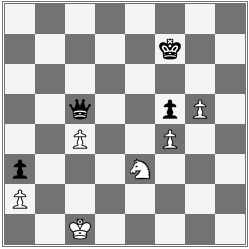 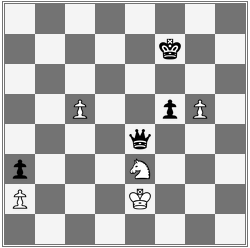 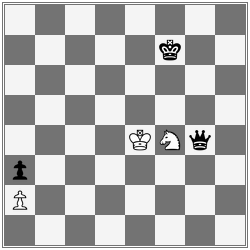 GM Browne looked a bit sullen as he offered his hand in resignation.
It was the greatest moment of my short-lived chess career.
I won a beautiful wooden chessboard along with the adulation of my
chess friends. Sure, I lost my job at the drug store, but we make choices
in life, and this is one that I will never regret.

Here is the game submitted by John Hurt with brief notes by him:

A chessboard should be below; click here to refresh your page if not:
http://memphischessclub.blogspot.com/2011/02/in-may-of-1973-walter-browne.html