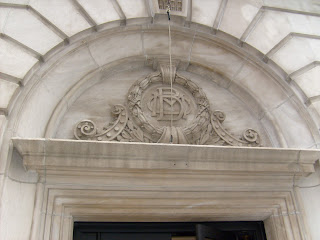 On March 15, 2011 chess was played once again at the historical Cotton Exchange on Union Ave, and the former Business Men's Club on Monroe Ave, in Memphis Tennessee.  Through a series of contacts with the Turley Company, my wife and I were able to meet with Mr. Henry Turley.  He was generous in sharing time with us and showing us around his buildings despite his busy schedule.  Exhibiting fine Southern hospitality, he gave us the grand tour of his office complex within the Cotton Exchange.  After enjoying the view of the river and the downtown area from his office, he and I engaged in a quick round of chess where I played the Sicilian against his e4.  After his business associate had Mr. Turley sign some paperwork, we exited onto Union Avenue, and he escorted us across the street to what used to be the Business Men's Club at 81 Monroe Ave.  Just as we reached the second floor from the marble staircase, Mr. Turley challenged me to another round of chess in which I had the white pieces and played the English.  This time we discussed strategy and tactics more than playing the game.  After the session, Mr. Turley had to move on to his next appointment.  He was quite the gentleman to my wife and I, and we are indebted to him for such a wonderful tour.

If you go to the web site of the Henry Turley Company, click on the pictured elevator buttons until you come to the story number 7 entitled, "Your Grandfather Used to Go Down There;" you will be able to read about the Business Men's Club building purchase and renovation.  Here is the link:  (http://www.henryturley.com/html/12-stories-of-henry/) Remember, the story you are looking for is on Chapter 7 of their virtual book. 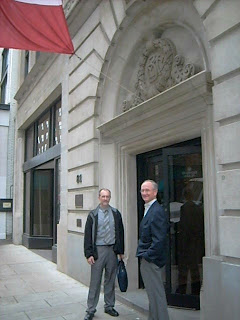 There are more pictures to view after clicking "Read more>>" at the bottom of the page.