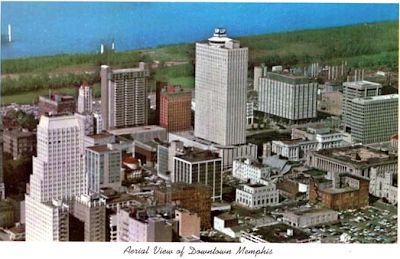 Recently a match was played between Memphis and Nashville which resulted in a victory for Memphis with a score of 6:4.  The match took place on April 19, 1959 in Milan, Tenn.  It was played on five boards, with 2 games on each board.  Victorious for Memphis were Scrivener, Armstrong and Spiegel.  The winners for Nashville were Wolfensberger and Shore.  The first round games were played in the morning with Nashville having White.  This resulted in a 3½ : 1½ score in favor of Memphis.  In the afternoon Nashville was able to hold Memphis even with 2½ : 2½.


Memphis Trounces Nashville 9:1
On April 9, 1960 for the second straight year a match took place between players of Memphis and Nashville this time at Huntingdon, Tenn.  The match consisted of 10 games in which each player played the same opponent twice.  The event was USCF rated.

A weakened Nashville team had to succumb to a 9-1 defeat of a strong Memphis team.  Nashville players were without services of Wolf Wolfensberger (who is expected to return for the Tenn. Open), Don DuPlantier (who placed second in the Nashville City tourney) and Milton Loew (who is second in local club ratings.)

Only one Nashville player, Jesse Aydelott was able to break even with his opponent Carl Spies. 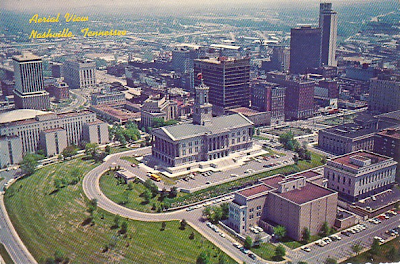 A surprising upset was scored as the Nashville team defeated the highly favored Memphis team by the close margin of 8½ : 7½ points.  In previous encounters Memphis was the victor.

The match was played on Saturday, October 22, 1960, at Huntingdon, Tenn.  It was played on eight boards and consisted of two games between the same opponent on each board.  An exception was on Board 3 where Memphis reserve player Bob O'Bannon took Spiegel's place in the afternoon game.

The match was and exciting battle right down to the wire.  Memphis won the toss and selected to play with Black in the morning.  After six of the eight games of the first round were completed Memphis took an early 4:2 lead.  But then Wolfensberger on Board 1 and Farr on Board 8 won to tie the score with 4:4 at half time. The game between Farr and Kennedy lasted 90 moves.  In the afternoon Nashville took an early lead to go ahead 6:4.  But Memphis came right back to win the next three to lead 7:6.  Then Nashville tied it up again by winning and drawing the next two games at 7½ : 7½.  This left only one game on Board 1 Between Wolfensberger and Scrivener to be completed.  As Wolfensberger won, the match went to Nashville.  Had he drawn the game, the match would have been a tie.  A win by Scrivener would have won it for Memphis.

Here are the results in detail:


Memphis Club Keeps Active
by Lyle Priddy
The Memphis Chess Club played the state of Arkansas a match at Brinkley, Arkansas.  The Match took place on August 13, 1961 and was played on 9 boards.  Memphis won the match by a score of 11-7.  The boards were as follows:

(Quite an accomplishment,  Memphis.   However, in the defense of Arkansas it must be said that they were playing without the services of their current sate and last year's state champion - Richard Long and Charles Rosburg. -Ed.)

In addition Memphis won the team championship from Dallas in the Arkansas Open held over the last weekend in July.  The members of the team who helped with this were Wright and Hurt with 4 points each, Scrivener with 3½, and Weaks and Armstrong with 3 each.

Memphis claims to have the strongest team within about a 500 mile radius. (I am sure that does not include St. Louis?.-Ed.) They feel quite confident of a victory over Nashville in the next match.  Much of the improvement of the strength of the Memphis team is due to the enthusiasm of Hunter Weaks.  He has helped Lyle Priddy, Eddie Middleton and Clif Lipman a great deal in improving their game.

A match between Memphis and Nashville should be forthcoming sometime in October.  Nashville has great hopes that it will upset the confidence of Memphis in their coming match.  For one thing they will have the services of the current Arkansas champion, Richard Long and also Leonard Scott. (Scott had a plus score over Scrivener in their recent match.)  Both will be attending Vanderbilt University in Nashville.


Memphis Beats Nashville Easily
Memphis won the match over Nashville with apparent ease with 16½ : 3½.  The match took place at Hundingdon, Tenn. on October 28, & 29, 1961, playing on four boards on Saturday and six on Sunday.

There is no doubt that Memphis has a powerful team, as they have shown wins over Arkansas and Mississippi recently.  Even if Nashville had been able to muster their strongest team, a win for Memphis would not have been in doubt.  Memphis had a high respect for the Nashville players as shown by some of the incidents.

Memphis scored 15 wins, drew  3, and lost only 2 games.  In other words two Nashville players were able to tie their opponents, while three lost by one game, and five lost both.

Nevertheless, Nashville's score is not bad when comparing this score to the whole state of Mississippi which achieved only 5½ points out of 22 when playing Memphis recently, and here Memphis did not have their strongest team.

Here are the individual results:

Nashville Wins Match Over Memphis
Nashville was the winner in the annual match with Memphis by the score of 21-19.  The last two previous encounters ended in ties.  With twenty boards this match was by far the largest one.  The match took place in Jackson on October 7, 1973.  It was arranged by Class A player David Baker of Jackson.

The closeness of the match indicates the nearly equivalent strength that both cities have.  The ratings gave Memphis the edge with and average of 1621 to 1585.  In the second round this was reduced by 1598 to 1585 as Memphis replaced four players on the lower boards.

In the first round of the match Memphis obtained a slight edge with a score of 10 1/2- 9 1/2.  In the second round Nashville achieved a three point advantage (11 1/2 - 8 1/2) to clinch the match 21-19.  Winning both games for Nashville were Joe Jones (board 2) over State Champion John Hurt,  Brooks Egerton, and Steve Gibson.  Double winners for Memphis were Ed Middleton (board 1) over M.C. Wright, Gary Pylant, and Mike Webb.

The rivalry in match play between the two cities dates back to 1959.  Memphis has a decided edge in matches won which now stands at 8 wins, 2 loses, 2 ties in favor of Memphis.  For the record here are the results of the previous encounters.

The individual results are as follows:

TCN November 1973 Vol. 15 No 6 Pg. 56
Nashville Wins Big Over Memphis
Nashville enjoyed their best result so far in their annual match with Memphis by trouncing the adversary soundly with 21-11.  This was primarily due to a strong effort on the five lower boards where Nashville won by the surprising big margin of 9-1.  The match was held September 29, 1974, at the Ramada Inn in Jackson, Tenn.  Memphis now leads in the series 8 wins, 3 loses, and 2 ties.  But since 1970 Nashville has not lost and scored 2 wins and 2 ties.

(Seven games are associated with the board below.  Click the bar above the black pieces.)