Mike Barton: the Player, the President, the Teacher, the Captain 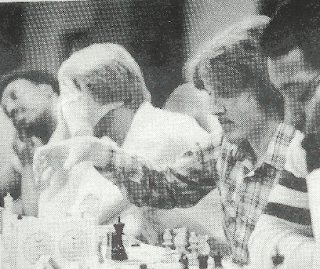 My first memory of Mike Barton was meeting him, around 1983, at the Memphis chess club.  I had started playing chess again after about a year or so of absence.  We first got to know each other as opponents, and at some point he asked if I would show him how to play the English opening.  Well, I was hesitant right then and there.  I was not about to show someone my favorite opening weapon.  I had just gotten back into chess and I figured Mike and I would meet again across the board from one another, and we did.  He won consistently without my sharing any opening secrets.  As time passed, Mike and I became the best of friends. 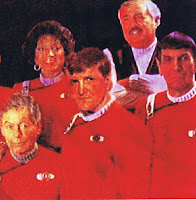 Personal Computers came along and Mike and I shared the same interest in them as well.  If I named an exciting computer program, he would go out and get a copy.  Once, I mentioned a turn-based, war game simulator, called Empire; he purchased one and we played it against each other for many afternoons, months on end, into the wee hours of the morning.  He and I were both Trekies.  Mike had a picture made in Las Vegas with himself matted in with the original crew of the Starship Enterprise.  For years, if I noticed his phone number come up on my caller ID, I would answer the phone with, "Yes Captain."  Mike would always reply, "Commander," and then we would carry on our conversation. 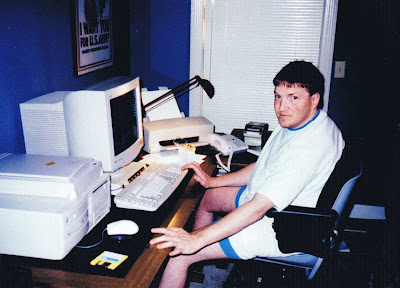 From 1988 to 1991 we traveled to out-of-town chess tournaments.  One time we were at the Mississippi Open Chess Championship in 1988 and were paired against each other in the last round.  Mike did not know it during the match, but if I had won our game I would have tied for the Mississippi State Chess Championship title.  He was always landing a right hook with his jokes and personal jabs.  After informing Mike about my championship chance, he said to me, "Why didn't you say something?  I would have thrown the game."   Mike started playing chess at the Memphis Chess Club in 1979, where you find him mentioned for the first time in the January 1980 Mid-South Chess Advocate as winning the 20th Mid-South Open's amateur section with 5½ points out of 6.  As the years passed, he kept rising in the club in chess strength and rating while all the time losing physical agility.  Mike had a form of Muscular Dystrophy.

In chess Mike was known as a "fish killer."  A "fish" is someone who does not quite grasp the chess game in some areas and loses most often to seasoned players.  At the risk of making myself sound like one of the fish, I recall winning only one tournament game against Mike, and that was back in the 1984 Memphis City Championship.  He would remind me of that game on occasion and wonder why, if I was going to win a game against him, it had to have been in the City Championship. 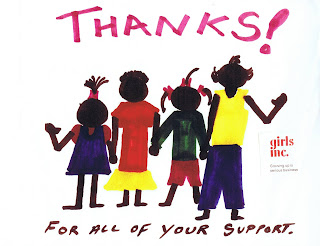 Mike ran for and won the Memphis Chess Club presidency for the year 1993 in which he fully devoted himself to the post.  It was during his term as president that the club moved to another location, changed the regular meeting days to Sunday afternoons, and had the greatest revival of the Mid-South Chess Advocate.  It was also in the 1990s that Mike gave time to Girls Inc., formerly known as Girls Club of Memphis, and taught chess classes there.  In appreciation of Mike's service, the Girls Inc. organization gave him a hand painted picture, thanking him for his support, in which he had framed and mounted on the wall of his room.

In 1985 Mike conquered Doug Eckert, rated 2370, at the Arkansas State Championship.  He also took down a 2412 rated player, by the name of Leonid Filatov, on February 18, 1995, in the second round of the Collierville Chess Club's Winter Open.  His last rated game was in that tournament in which he tied with Charles Herbers for first place.  Mike began to play more online chess and other computer games up until his death on June 4, 2002.  Mike was born on March 2, 1959.  He will always be missed by me as the Captain, and I hope to keep his memory alive for what he gave to the club as a player and as one of its former presidents.

Even if you did not know Mike Barton, this annotated game by him below will give you a glimpse of his personality.  The game was published, with the notes, in the Mid-South Chess Advocate Vol. 9 No. 1 1991.


"One of my favorite things to do is beat Ed Boldt, in a nice game of chess,
and then tell everyone about it.  He and I have been doing this to each other
for the last 18 years.  At the moment we are playing a match with the score tied at 1.5 each; here is game three, where I crushed the fish."

Here is another highlight tale from Mike's chess career:

The winner of the 1987 "Lazarus Award" goes to Mike Barton, who comes back from the dead so many times in this game that it defies belief!!  Faced with umpteen mate threats, Barton elects not to resign the seemingly hopeless position and with an assist from his opponent, (21. Kd3??), Mike pulls off the most scandalous swindle of the whole tournament!  (Game Below:)


Also of interest is Gary Pylant's review of the 2011 Mike Barton Memorial tournament at ChessCentral:
http://chesscentral.wordpress.com/2011/09/04/mike-barton-memorial-a-tribute-to-a-good-chess-friend/

Posted by Chess Advocate at 6:50 AM