On a Wing and a Gambit 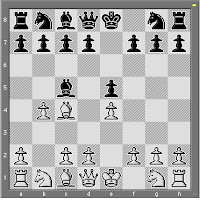 According to chess writer, Elliot Fletcher, the title "Wing Gambit" was applied to the variation of the King's Bishop's opening when White played 3. b4 after the moves 1.﻿ e4 e5 2. Bc4 Bc5 3. b4

However, for the past seventy years, it has been used to denote the move b4 by White against the Sicilian Defence (after 1.e4 c5). 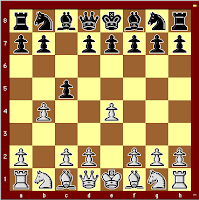 The idea behind b4 is to challenge Black's c5 and obtain control of the center by d4.  Also, it opens up the Queen's side for deployment of White's pieces Bb2 or Ba3 and Rb1.  Although current chess theory regards the Wing Gambit as being impetuous, the Gambit produces interesting and exciting chess. 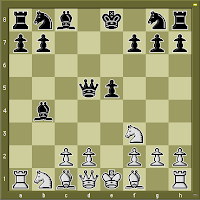 Some (including Keres) consider it even stronger for White to delay the Gambit one move as follows:

(Editor:) In conclusion we give some of the games John has played with this gambit, some of which have appeared in previous TCN issues and others that have not seen print. (Click on the bar above the Black pieces to examine more than one game.)


The gambit generated much discussion, after the post.  Check out these links: