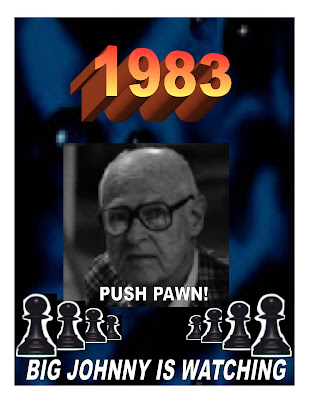 1983 was a year of tremendous chess strength with players from many generations taking part in Memphis Chess Club tournaments.  John Hurt's book The Wing Gambit was published in 83, though now out of print, you can find used copies on the net.  In 1983 Memphis Chess Club and Pillsbury Chess Club players were active board members of the TCA;   Jack Smith was the Vice-President of the Tennessee Chess Association, the Tennessee Chess News editor was Gary Pylant, the Tennessee Chess Association Director for West TN was Dale Flickinger, and many covers and tournament advertisements for the Tennessee Chess News were drawn by Randy Cope.  Kenny Thomas submitted several analyzed games to the TCN in 83, and even did a book review of John Hurt's new book already mentioned.  At the Memphis Chess Club the year began with Greg Hood coming back from a hiatus and winning not only the City Candidates tournament but also the City Championship with a score of 6-0.  Let's take a look around the 1983 chess club with a few photographs taken sometime in January of that year by Randy Cope at the University Christian Church at 685 South Highland. (Click on the pictures below once and then a second time to enlarge.) 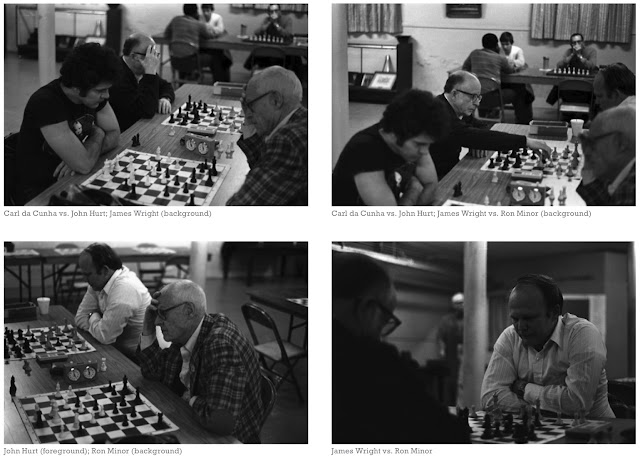 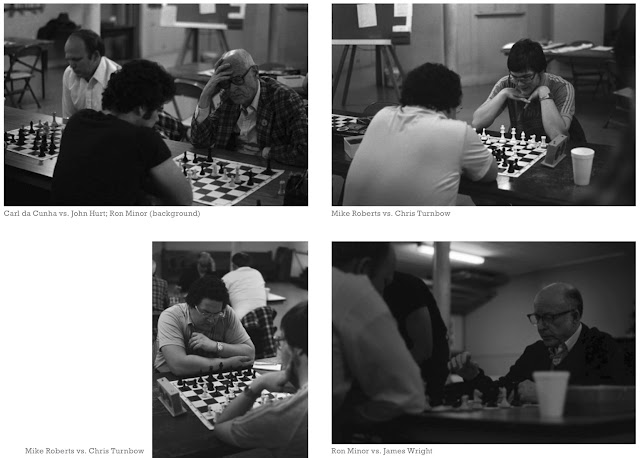 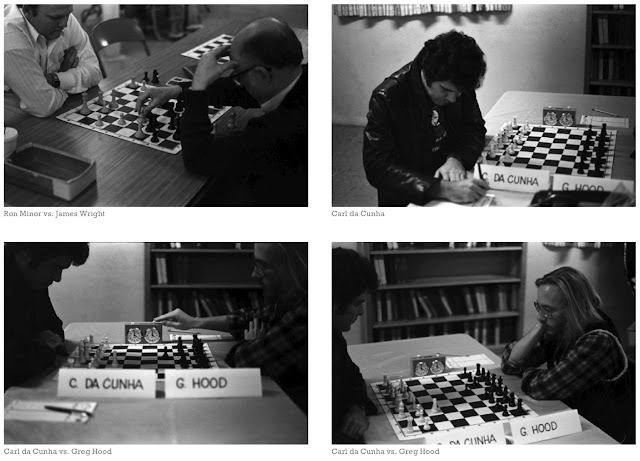 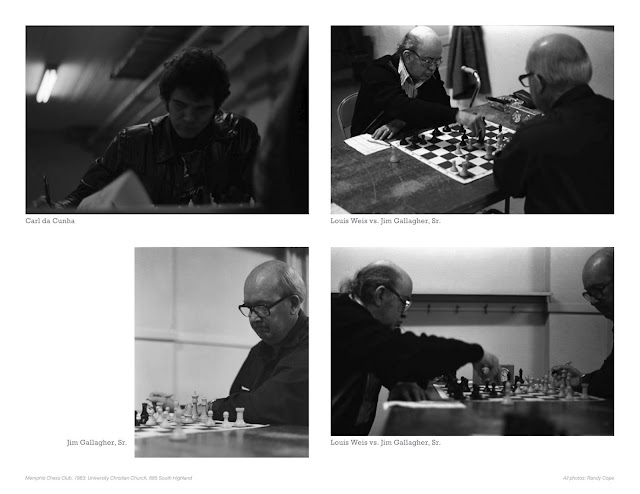 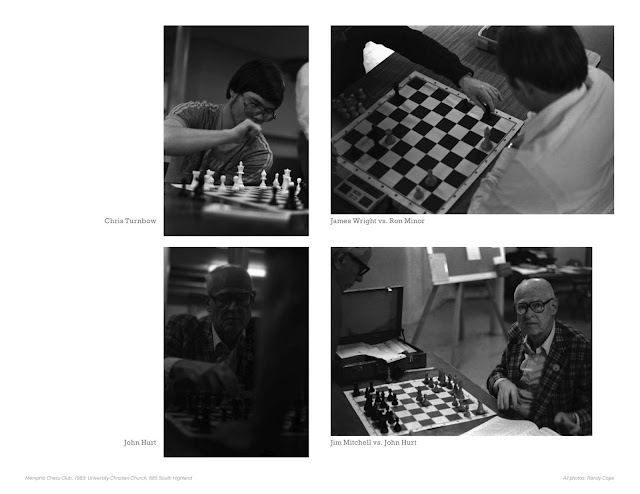 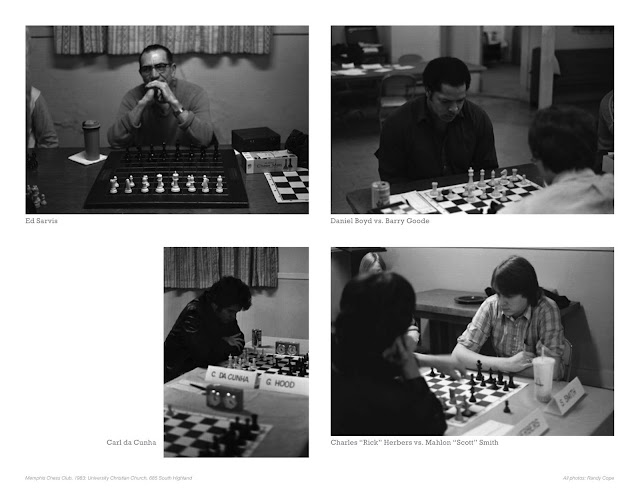 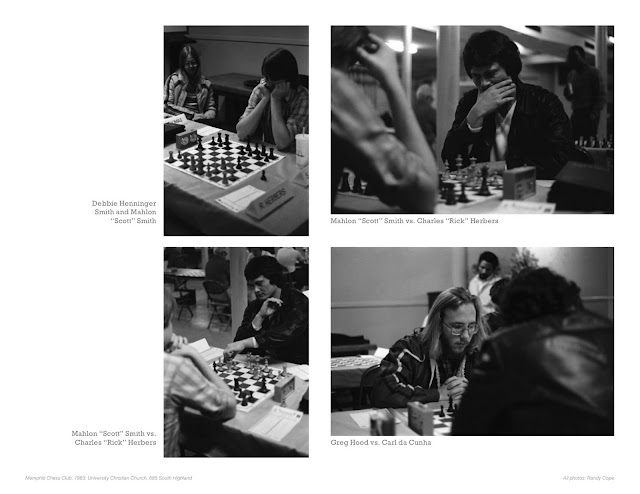 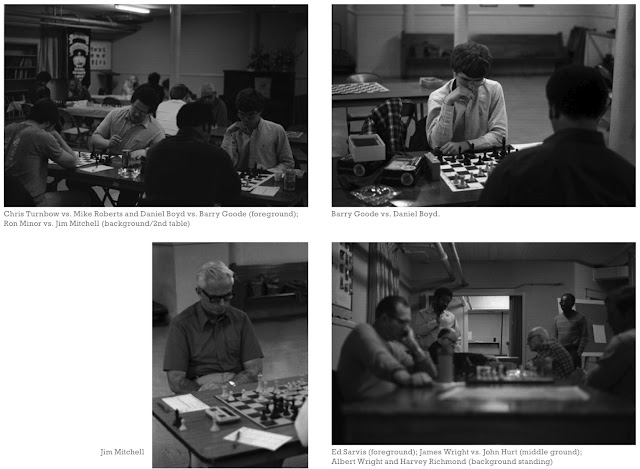