What a wonderful season the summer of 1976 was in the Bluff City.  The United States was preparing to celebrate the bicentennial in July, but before that national event the Memphis Chess Club was presenting the city's chess players a miraculous moment, the 11th U.S. Junior Invitational Championship Chess Tournament; this Memphis event would be repeated only once more in 1978, and in both events, John Fedorowicz participated, thus beginning a friendship with our city's chess players that has lasted unto this day (http://www.memphischesscamp.com/.)  I was in preparation to be wed in July of 76, a couple of weeks after the bicentennial celebration, and the only thing that could distract this chess player from his fiancee, for seven evenings actually, was a bunch of well-known, high-rated chess Masters clashing over a checkered board.  Thankfully my future bride was a chess player herself and fully understood–somewhat.

For more information about the age of the players in 1976 and their achievements, click on each of these two links:

The last link above also contains details about Carol Little's qualifications as an Intermediate Tournament Director as well as some other personal information. 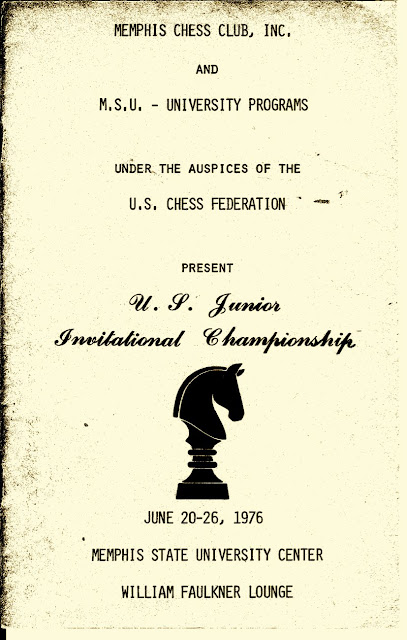 To view the entire pamphlet, pictured above, click on the link below: 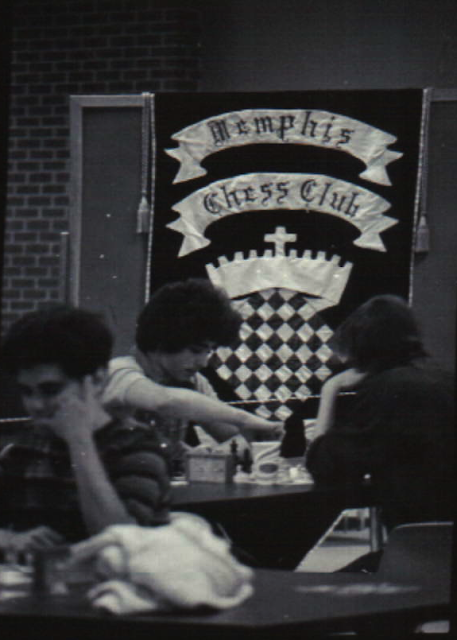 The following information comes directly from Chess Life and Review Vol. XXI, No. 9 September, 1976, page 498.  All of the photographs were taken by Dan  Mayes. 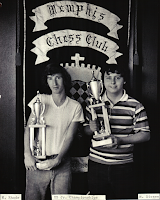 The 11th Annual U.S. Junior Invitational Championship, held in Memphis, Tennessee, June 20-26 1976, was won by Mark Diesen of Potomac, Maryland, and Michael Rohde of South Orange, New Jersey.  They each had a score of 5 points and were declared Co-Champions.

This did present a problem for the USCF: Who was going to represent the U.S. in the Netherlands later this year?  After a long-distance call to the New Windsor office, an equitable solution was agreed upon by both players, and Mark Diesen will go to Holland as the U.S. representative to the World Junior Championship.

The 1976 U.S. Junior Championship was the first national tournament to be held in the Mid-South since the Western Open Championship, the forerunner of the U.S. Open, was held in Memphis in 1914 (& 1920).


After five months of preparation — of arranging for the site and accommodations, raising the funds and coordinating the publicity — I can't say that I wasn't apprehensive. I have directed my share of Swisses all over the Mid-South, but despite their youth, these players still had an average rating of 2338 (up 53 points from last year's 2285).  Much to my surprise and relief, the entire week went without incident, even though I misplayed the players' flight schedules the morning of their arrival, despite Yasser Seirwan's reaction when he realized that I was the T.D. — "A woman director? They always goof everything up" — and even after I stole a glance at the minister's notes during the opening ceremonies and his invocation was to begin, "Oh Master of all Woodpushers . . ."

Hosting such an event turned out to be quite an endeavor for our group.  The Memphis Chess Club has fewer than 100 members so the Memphis business community had to be relied upon for part of the financial backing.  We may eventually break even if we can sell enough copies of the games collection.  However, I'm still convinced that holding national tournaments in "grassroots" areas will reap dividends for the USCF.  We also tried something different for this type of tournament and held it in the evening for maximum spectator participation.


Opening night was to be our big event for promotion — newspapers, television, the wire services, city and university dignitaries were on hand.  I had been conned into letting the players draw for positions early in the day, with the promise that they would spend the entire afternoon studying.  When I arrived at the site, in a formal gown, I found all 8 waiting, red-faced and exhausted — from an afternoon of basketball.  Diesen was in his inevitable striped shirt and Tisdall in cut-offs with a bottle of Welch's grape juice tucked under his arm.

The tournament opened with 3 draws in the first round,  the only win being scored by Rohde against DeFirmian.  The third round was the only time there were no draws.  The closeness of ratings seemed to be an overshadowing factor and was reflected by the number of draws.


Michael Rohde led from the very outset of the tournament.  He kept up constant scoring until his loss to Diesen in the last round.  As luck would have it, he ended up in the "Death Seat" for the last round.  In the arrangement of seating, the black side of board 3 scored just two draws the entire week, and this may have contributed psychologically to Rohde's loss.

Going into the last round, everyone was looking for the last, one chance for a win.  Fedorowicz, who had only 1 point, had to score a win in his game against Seirawan to fight his way out of the cellar.  Diesen had to win against Rohde to tie for the tournament's title and in all the other games, wins had to be played for just to keep a plus score for the week.


Our first exposure to a week of Master chess left us physically exhausted, especially after the all-night, 5-minute tournaments following the seventh round.  But our club attendance has increased, we have introduced a new dimension of chess to this area, and our young people have been inspired and our older players reassured.