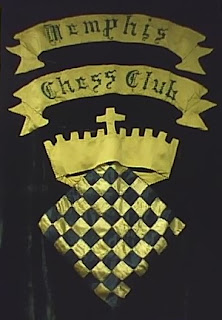 The greatest step in my chess advancement was the discovery of the Memphis Chess Club in the Spring of 1973.  The meetings were on Friday night, as they are now, and in those days there were all kinds of chess players in the club ready to engage in a friendly or serious game.  To clarify, all kinds of chess players, means there were plenty of gentlemen brandishing, billowing pipes and awaiting anyone desiring a casual game to approach, while the other half of the club was made up of tournament players, speed chess/bughouse players, and a few young adults.  The young players were mostly junior high and high-school aged folks invited to the club by their chess league's coaches who were, back then, active club players themselves.  And there were a few young ladies amongst the members or else it would have resembled a stuffy chess club for older gentleman.

When I began to seek advice from the chess club's members about which book I should study first, Ruben Fine's Basic Chess Endings, was one of the more popular replies. This book has been revised many times since its first publishing in 1941.

Once my mental fog lifted, good players in the club stood out, so asking them about what to study might have been the next best move.  Michael Bock was one of those young men I asked who, by-the-way, won Bookworm of the Year in 2nd Annual Memphis Chess Club's Awards Banquet in 1975.  His answer about chess opening study was Rolph Schwartz's chess openings series in the German language.  Back in the 1970's you could find these books easily from Ken Smith's Chess Digest, but now-a-days it is best to look on ebay or Amazon.  Oh yes, and don't forget to pick up a German language dictionary if you place an order.  The games are easy to follow once you get used to the notational differences.  Honestly, some of the best features of this old series are the example games given throughout each book, impressing on the reader just how particular variations are practiced.

Another bit of advice from club players, on opening books, was to buy MCO (Modern Chess Openings) which I did right away, only to be told it was the wrong issue.  I had purchased MCO 11, and most of the well seasoned club players scoffed saying that MCO 10 was superior.  It took me thirty-five years to locate someone willing to part with a hardback MCO 10, and I traded a treasured copy of Chess World Championship 1972 by Larry Evans for it.  MCO is now in its 15th edition.

What next, but asking for advice about the middle game.  The most replies on this question placed to the advanced players of the 70's chess club was Euwe and Kramer's The Middlegame book 1 and book 2.  A number of players place more value on book 1.

Chess tactics was to be the next step sought in advancement, and to me its study became one of the best ways to pass idle time.  Fred Reinfield's, 1001 Brilliant Ways to Checkmate, is my most tattered and worn book.  Gary Pylant's favorite is another of Mr. Reinfield's tactical series 1001 Winning Chess Sacrifices and Combinations.  My wife's first book with tactics included in the pages was the classic Bobby Fischer Teaches Chess, which is still very good if you know someone just starting out.

Those past good and great champion players in the Memphis Chess Club, during the Fischer years, had many more suggestions in which to improve your game, such as collecting all of the Chess Informants and the ECO (Encyclopedia of Chess Openings), which if you did purchase each one, it could get quite expensive.  In the 1980's I did own a complete set of Chess Informants, but I have since sold most of them.  One note of interest, a Memphis Chess Club's former city champion, Sid Pickard, owner of ChesssCentral, wrote a book of ECO refutations in 1993 called E.C.O. Busted!

Think Like a Grandmaster by Alexander Kotov was inspirational in its day.  This book still has some outstanding advice, and some of the pages had an analytical tree, which I thought was very useful when going over a tough position of a recently played game or when solving chess problems.  If you can locate a copy of the aforementioned book, there is an analytical tree example on page 28, 32, and 41.

Below is an example of the tree put to use solving a checkmate in 3. 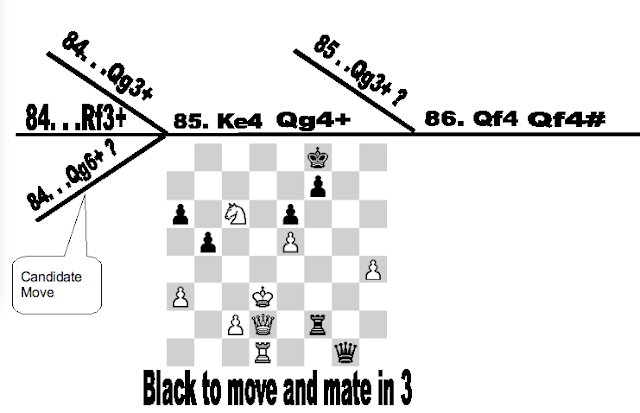 Below is a copy of an analysis form that was sold in multi-page pads at the Memphis Chess Club in 1984.  The late Jack Smith, Mensa member, avid postal chess player and postal chess champion, bought a number of these analysis pads.  I used them myself to map out an opening system for the English. 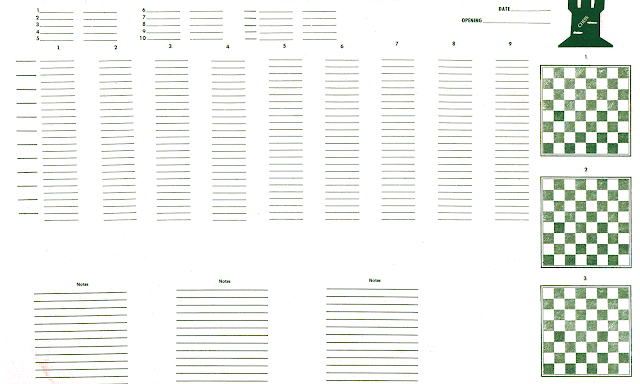 The form is used by writing down the main line variation at the top left, with the sub variations picked up in the columns below. 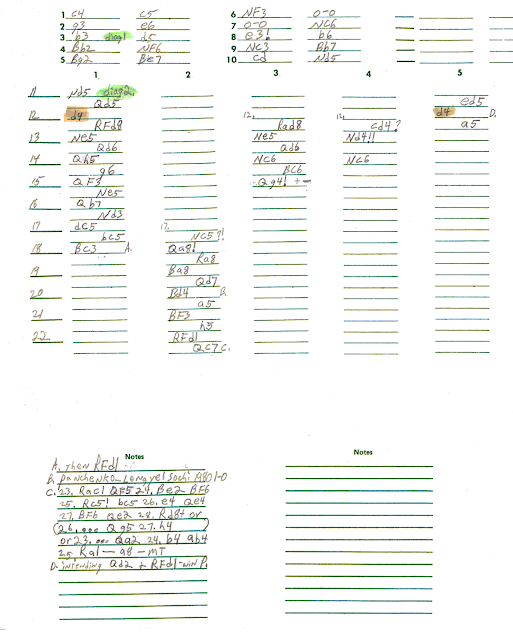 Recently I rediscovered a brick & mortar store that carries a large number of high quality wooden chessboards and a wide variety of tournament quality Staunton chess men.  The place is the Tinder Box, a tobacco shop, but it just as well could be a chess set store.  The first location is, Wolfchase Galleria, 2760 North Germantown Parkway, Suite 296, Memphis, TN 38133. The second location, to the Memphis Area is, 36 15 S. Houston Levee Rd. Collierville, TN.  Truthfully, I have not visited the second location, so I can not verify that they too carry chess equipment.  (This is not a paid advertisement.)

One good note to those out of the Memphis, TN area, is there are more Tinder Box stores around the country.  Please visit their web site to find one near you.  Also, it might be a good idea to contact the store you wish to visit, and inquire if they stock chess equipment, before making a trip.  http://www.tinderboxinternational.com/index.htm  If you can not locate a store near you, ChessCentral handles almost any chess set you might need.  http://www.chesscentral.com/wooden_chess_sets_s/322.htm?searching=Y&sort=2&cat=322&show=10&page=1

A Look Back at 1970's Tournament Registration


The photo above is the registration table at the Memphis Chess Club's Second Annual King Cotton Open, played on May 4th and 5th 1974.  It took a team of folks to look up the player's ratings from either the annual USCF rating report, included in each December's Chess Life & Review, or from the rating supplements sent to affiliates throughout the year.  The names were then added to pairing cards and wall charts–all by hand.
Posted by Chess Advocate at 2:13 AM